How To Know If A Girl Likes You Signs She Likes You. So you’ve met this really cute girl and have even hung out with her, but you’re left with the million dollar question that most men are left with – does she like you or is she just tolerating you? Let’s face the facts – women can be mysterious, and in some cases, annoyingly complicated and confusing. Countless men the world over are often left wondering where they stand in a girl’s affections and whether she really means all that she says. For many, the actual mystery surrounding the girl is itself enticing and makes you want to know and do more to get her to like them. On the other hand, if you’re really interested in a girl, this lack of certainty can be quite frustrating.

So how do you get to know whether a girl likes you or is really into you?

1. Remember That Women Are Different

Despite the fact that women have been stereotyped, keep in mind that every woman is different and not all women respond to the same wooing. Although the mass media has often stereotyped women as just a little better than magpies, with a predilection for anything shiny and glittering, this isn’t always so. Most women prefer a man who cares more than one who loads them with gifts (the ones who love only gifts are shallow). So if you’re to really captivate a girl, spend meaningful time with her, be there for her during bad times and get to know her as a person. This will help you to see whether she really likes you because even if she’s wearing a mask around you, the mask will slip at some point in time.

Know-How To Impress A Girl – Twenty Tried And Tested Ways

2. Consider What She Does

This comes down to the basics – if a woman flirts with you, it doesn’t automatically imply that she likes you. Rather, she may just be amusing herself. On the other hand, if she talks to you without trying to escape or if she has given you her phone number (and it isn’t a fake one), then she probably likes you. Of course, these simple actions alone don’t indicate that she likes you romantically – she may just like you as a friend to start with. But even this small measure of interest is a pretty good foundation on which to build and get her to like you.

So you’ve got her phone number and you’ve hung out a bit. What now? Well, observe not just her body but her body language. Quite often men are so engrossed with gawking over how attractive a woman looks that they fail to understand her vibes. Body language adds to around 50% of any conversation and a woman can tell you whether she likes you or not, without saying a single word. Observe the direction of her body and more specifically, her legs.

If she likes you, she will sit with her upper body in your direction. She won’t slouch or sit too straight, but will be noticeably comfortable in your presence. Her legs, too, will be pointed towards you, indicating that she is comfortable around you. She may tilt her head towards you, expose her neck or touch it, or may simply adjust her attire to look more attractive around you.

There’s absolutely no way you’ll find a woman smiling comfortably around you unless she likes you. A woman’s smile is one of the first things that you’re hardwired as a man to be interested in, and women subconsciously smile a lot around a man they like. Even if your jokes are really lame or corny, you’ll find her cracking up at them. This is a solid sign that she likes you quite a lot (or has an equivalently lame sense of humor, which will work out well for you anyway).

We’ve spoken about body language earlier, but we’ve got to give particular emphasis to this factor – her hair. When a woman likes you, she’ll sub-consciously start twirling her hair in her fingers. This is a sign of nervousness, just as you would be nervous and start mumbling incoherently around a girl you like. So if she’s attracted to you, she’s probably nervous, and if she is, that’s a really good thing. 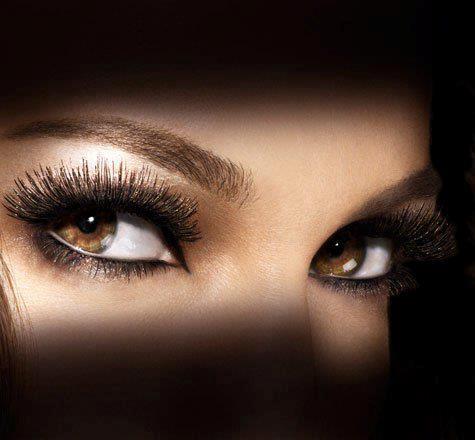 Wouldn’t we just love to talk on and on about her lips? Well, we’re sure you would, but the fact is that we’re talking about how she holds her lips as an indicator of whether she likes you, and not just how luscious her lips look. If her lips are tight and pressed together, it could indicate nervous attraction. It’s time to help her feel more relaxed. On the other hand, if she bites her lips while talking to you, she’s trying to focus on something that really matters to her – you. Or, she is trying to be seductive. This, obviously, is a really good sign.

A girl’s playful touch shows that she’s comfortable with you and that she likes you. While touching is a way of flirting, it is also a sub-conscious way in which a woman says that she likes you. In your younger days, a girl would probably tap your arm when you cracked a joke or were irritating. As a girl gets older, though, a touch gets completely physical and is perhaps the most obvious sign that she likes you.

9. She Gossips About You

Although most women would never agree to it, the fact remains that they simply love to gossip. In fact, this is second nature to them and is more or less hardwired in them. Let any interesting situation arise and you will find that the entire social group of a girl is in the know of it! The same applies to a guy whom a girl likes. If she likes you, you’ll be a significant part of conversations she has with her friends.

So how do you know that she talks about you? Simply look out for signs when you meet her friends or co-workers. If they seem to know you when you’re introduced, this implies that she’s been talking quite a lot about you. Of course, be on the watch to see if they respond positively or negatively, because women also tend to talk a lot about men who are jerks to them and whom they’ve taken a dislike to.

The way in which a girl compliments a man whom she likes and her circle of girlfriends is very different. Many complements traded amongst girlfriends are not always genuine and are simply attempts to keep the peace or to hide jealousy. When a girl likes a guy, however, she usually means what she says. She also won’t just stop with saying you look nice – she’ll have an entire bushel of compliments to shower you with and elaborate on what she means and why she finds it necessary to compliment you.

We’re not just talking about being a tease in a sexual way here – rather we’re talking about how comfortable she is in pushing your buttons and pulling your legs. She makes fun of you and argues with you playfully. This is one way in which she figures out how good your sense of humor is and whether you have the ability to stand up for yourself. If she teases you, don’t hesitate to tease her back – this will simply boost you up in her eyes, and besides, you’ll have a bit of fun too.

12. She Tries To Get Your Attention

If a girl likes you she will keep trying to get your attention in different ways. For example, she will “accidentally” bump into you and coyly look away. Or she’ll “conveniently” land up at the same spot as you and your friends hang out and pretend that it’s nothing out of the ordinary. You’ll find yourself seeing her wherever you go, and at spots that she doesn’t usually hang out but you do. This implies that she likes you and she’s making an effort to get noticed by you.

Women have a wonderful way of clamming up if they don’t like a person. However, if they like a man, they can chatter on non-stop, and even find excuses to start a new conversation. Look out for this indicator to see whether a woman likes you or not. She will find a whole host of reasons to start a conversation, and at the end of it all, you’ll wonder whether the conversation was even necessary in the first place! Also, watch out to see whether she slips in points about herself or interests that she has, during any of these conversations.

She may also try to get information about you and your personality in the process. Once the conversation is over, watch to see whether she re-initiates it at a later time. To test out whether she really likes you, try going without contact for at least a week and then send her a text. If she likes you, she’ll reply promptly or may even call you back. If she doesn’t, she was either enjoying her time away from you or probably playing the same game as you were, especially if she’s a smart woman.

14. She Asks You Personal Questions

This does not include just asking you how your day was going. We’re talking about more in-depth questions such as whether you’re single, what your goals are and such sort of things. Many guys dread these questions because they feel that their emotions are being touched on the raw, but in reality, she’s just trying to get to know you better and she wouldn’t be doing this if she didn’t like you. Asking questions is a great way to get into the mind of others and this is what she’s doing, indicating that she is considering you as more than a friend and would like to know more before she commits to anything.

A woman who likes you will be comfortable around you, and this includes the way she acts around you. For example, if you ask her for her number does she hesitate to give it to you? Or, if you’ve already gotten her number and need to ask her out on a date, does she accept at once? Well, if she pauses, hesitates or thinks a lot, she probably is not very eager to hang out with you. On the other hand, a girl who doesn’t even have to think about it and jumps at the opportunity, is really in to you.

16. Her Proximity To You

Everyone has their personal space, and if a woman is willing to include you in her personal space it says a lot about how much she likes you. A woman who is in to you will stand quite close to you while talking, much closer than she would with others. When away from you at the other end of the room, her eyes will always be on you and she will find a way to make her way to your side at the first chance possible.

These are just a few ways in which you can figure out whether a girl likes you. As we said at the outset, remember that each woman is different. You need to get to really know her if you’re to determine whether she is just forcing herself to be with you or whether she really likes you. And of course, the best way to know is to tell her you to like her or ask her out. You will then get to know beyond a shadow of doubt as to whether she likes you or not, so you won’t have to keep guessing each time!